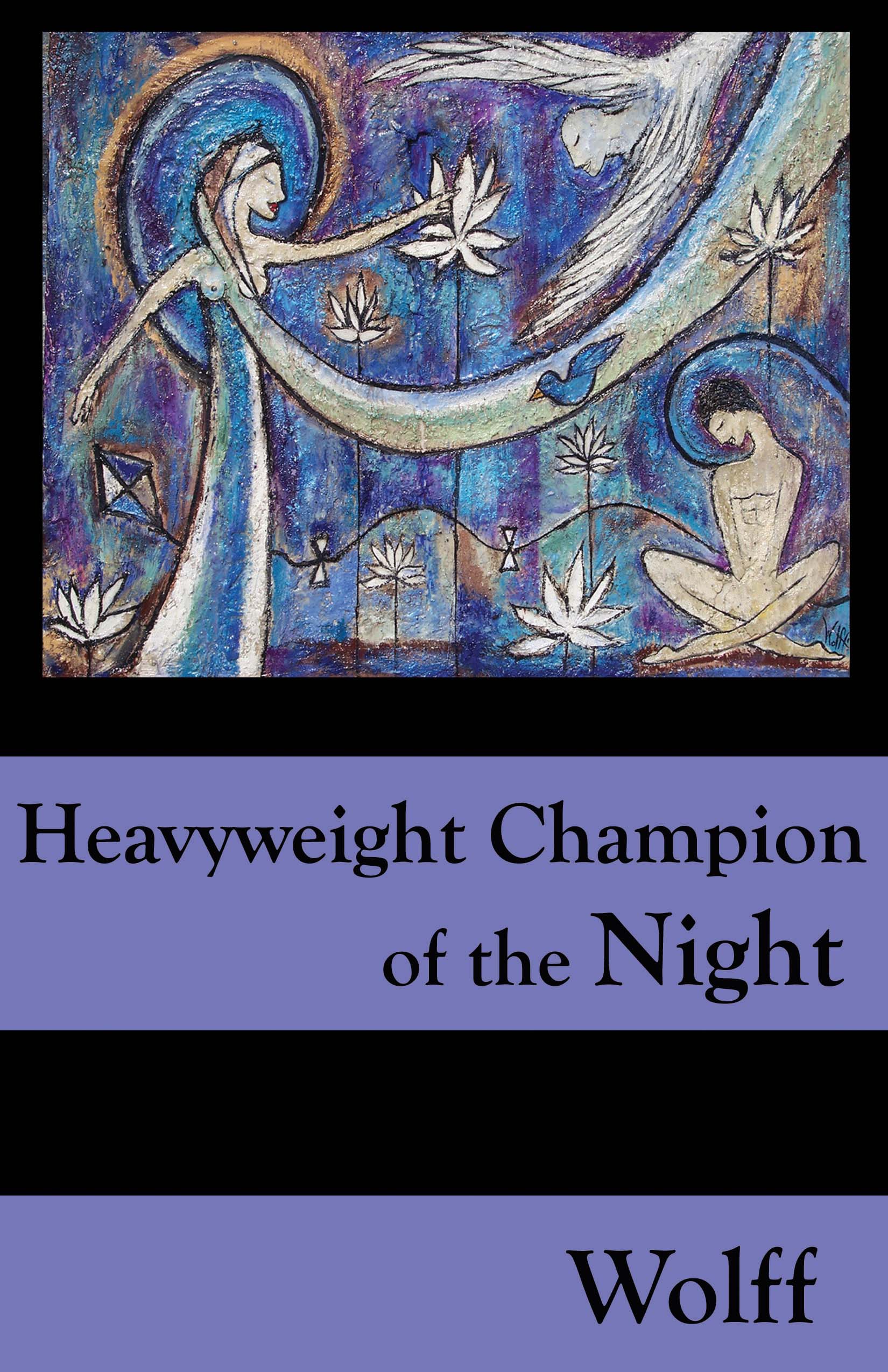 Heavyweight Champion of The Night

From the rainy streets of Dharamsala, India to the hurricane-ravaged coastline of Belize, this collection of poems was written to take the reader on a hundred stunning journeys. The book begins with a love poem in which hinges on the death of a gecko and ends with a song in which the author’s father buys a secondhand shotgun and hunts his cancer as if it were a very clever fox. Through 61 poems and 25 songs, Wolff praises equality by reflecting on his mother’s Lesbian relationship (The L Word), explores the insanity of war (The Dead That Do Not Know & Poetry Reading at Auschwitz), reflects on the merger of technology and nature (Cellular Vultures) and carries on his personal tradition of condensing the world into vivid moments. Wolff’s poem, Into The Day of Saturn, won the Sarasota Reading Festival’s top prize, and his poetry has appeared in 27 literary magazines including The Asheville Review, The Madison Review & Folio. The “Songs” section of the book will make readers understand why John Connelly, PHD described Wolff’s songs as “Leonard Cohen on a rollercoaster.”

There are no reviews yet.